Corpse! enjoyed a successful run at the Apollo Theatre, London in 1984/85

"Gerald Moon has found a singularly artful plot to combine suspense and comedy" said The Times.

The play's success was repeated with the American production and the Australian national tour with Barry Creighton and Gordon Chater in the leading roles also achieved national acclaim.

Corpse! joins thrillers such as The Mousetrap, Sleuth and Deathtrap in intrigue, surprises and trickery! 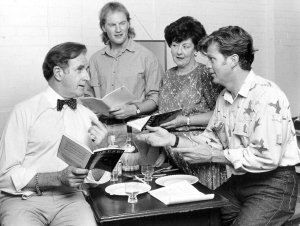