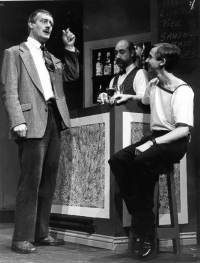 Some people are limited in their lives by the capacity to dream, and others, by their incapacity to curb their dreams.

Tom Stoppard has been called a wordsmith and master of the English language. Enter a Free Man, first published in 1968, shows the young Stoppard honing his craft with the effervescent George Riley, a talker and a dreamer and the liver of a life lie.

Lies are closely related to dreams and Riley convinces himself that he is constantly on the verge of wealth and success, held back only by his wife Persephone and his daughter Linda. He shuttles from his living room to the pub boasting of his ideas to whoever will listen. Carmen the bartender sympathises without listening, Able the gormless sailor admires without understanding, Harry mocks him and Florence politely allows him to run on, not realising that Riley with his genius for one-sided conversations is convincing himself that she will give him the appreciation which he no longer receives from Persephone. 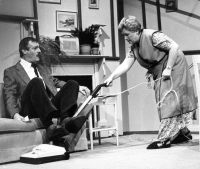 At home his wife does not take him seriously and Linda resents him because she is forced to dole out money to him which he meticulously records in the delusion that it will be repaid when his "ship comes in". Riley's self esteem is about to be punctured by Harry and Florence, but it is rubbery enough for such punctures to be easily repaired. He is "unsinkable despite the slow leak". 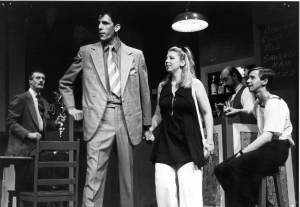