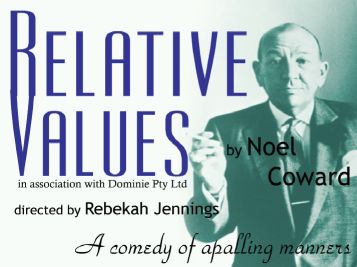 On Friday 23 March 1951 Noel Coward wrote in his diary - "Good Friday. Very good Friday. Suddenly evolved a comedy called Moxie. It feels the sort of play I want to write..." Ten months later on the 28th of November the play, which had subsequently been renamed Relative Values opened at the Savoy Theatre London. that night Noel wrote in his diary "Whatever the Press may say I think the play is a big success."

Set in 1951 this classic Coward play examines the development of a new social order in England after World War II. The Dowager Countess of Marshwood faces a family crisis when her son proposes to marry an English-born Hollywood actress who, it is discovered, is the younger sister of her personal maid and friend, Moxie. To make matters worse the young starlette's ex-lover, the dashing Hollywood idol Don Lucas, arrives at Marshwood House to win back her heart.

Written with zest and vitality Relative Values showcases the best of Coward - razor sharp wit and dry dialogue whilst at the same time revealing the tenderness of a sincere friendship which bridges the divide of class and background. 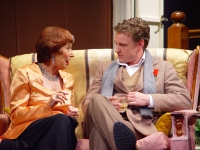 Enhancing the play and cast are Set Design by George James Wright and Costume Design by Susan Carveth.

Relative Values may be "a comedy of appalling manners", but we know you will enjoy an evening of laughter and entertainment, written by the master, Noel Coward.

As Coward is such a favourite of Genesian Theatre patrons, we strongly recommended early bookings for this season via MCA Ticketing on 9645 1611 or www.mca-tix.com 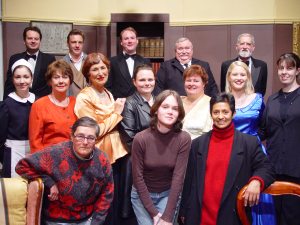