And Then There Were None

The Genesian Theatre was pleased to make the proceeds of the opening night of And Then There Were None in the sum of $1500 together with audience donations available to Caritas for flood relief in Pakistan. 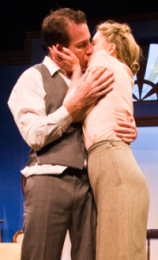 Move over Miss Marple, it's now the audience's turn to solve the most popular murder mystery thriller of all time.

This play has captured theatre-goers around the world with its lively characters, bizarre series of murders and gripping climax. It is the story of ten individuals having a weekend retreat in a beautiful mansion on a remote island. But they soon realize that it's no holiday... as each person has a shady past and something to hide. One of them is lying, and committing the most dastardly murders. Is it the doctor, the judge, the cad, the spinster or the butler? And can the intended victims solve the rhyme and be able to save themselves in time? 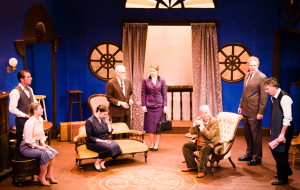 Set in the elegant and sensual 1940s, the costumes are designed by Nicola Griggs, the nautically-themed set by Debbie Smith and the Lighting and Sound design is the creative work of Michael Schell. This show will be a feast for all the senses, especially the nerves. However the clever script also has lots of humour as it keeps you on your toes as you try to solve the puzzle.

You will be 'thrilled' by the Genesian Theatre production of And Then There Were None. Prepare yourself for a shockingly fun night of theatre! 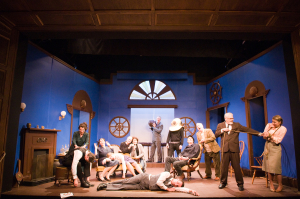 By arrangement with Dominie Pty Ltd