Please note that this production involves the use of strobe lighting and smoke machines.

Complete Works of WS is touring to
the Theatre Royal, Hobart! 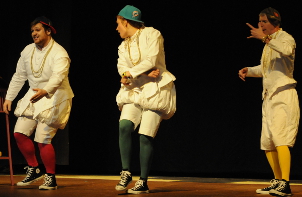 The brainchild of The Reduced Shakespeare Company and first performed at the Edinburgh Festival in 1987 this play subsequently transferred to London's West End where it ran for an amazing nine years! The show is an hilarious tour de force that touches on all of Shakespeare's work with every single one of the one thousand one hundred twenty-two roles in Shakespeare's plays performed by just three actors in 97 mins (the sonnets are thrown in as a DVD extra). The play is notable for holding the (self-proclaimed) world record for the shortest-ever performance of Hamlet, clocking in at 43 seconds, as well as the fastest performance of Hamlet backwards, at 42 seconds!

The Genesian production of course aims to break all these records. We're into MP3's now anyway. The people at Guinness have yet to respond, but do come along and cheer on our record breaking performance of The Complete Works of William Shakespeare (Abridged).

With an experienced production team and a very exciting cast this production will be great fun! 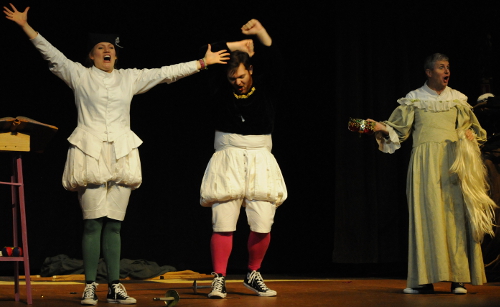