This production was recorded on Ibsen.net.

Due to conflict caused by APEC Australia 2007™, to be held in Sydney 7th - 9th September 2007, the Genesian production of Hedda Gabler will now open on the 15th September 2007.

Thank you for your continued patronage and understanding.

"At last a deed worth doing!" 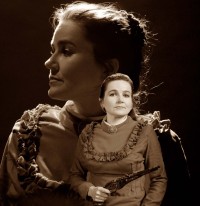 Henrik Ibsen was a playwright who revolutionized nineteenth century theatre. His settings and characters are firmly rooted in reality and deal frankly with such personal and social problems as the limited choices available to women to develop their potential.

Hedda Gabler is a woman whose mind is cramped by the provincial society in which she is trapped. Reared to take her place as a society hostess but without the means to support such a lifestyle after her father's death, she marries a scholarly middle class man whom she believes she can bring to prominence and so vicariously live a successful life through him. Her hopes are disappointed. She is trapped in a loveless marriage and must live out her life according to a set of standards totally alien to her upbringing.

This is a powerful play and deserves its reputation as a classic of modern theatre. Be prepared for an evening of compelling drama that you will want to think about and discuss well after the curtain falls. 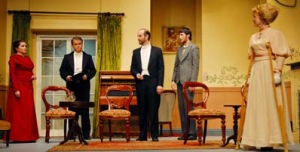