A Murder is Announced

The villagers of Chipping Cleghorn, including Jane Marple, are agog with curiosity over an advertisement in the local gazette which reads: 'A murder is announced and will take place on Friday October 29th, at Little Paddocks at 6.30pm.'

A childish practical joke? Or a hoax intended to scare poor Leticia Blacklock? Unable to resist the mysterious invitation, a crowd begins to gather at Little Paddocks at the appointed time when, without warning; the lights go out... 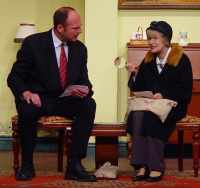 Agatha Christie is known throughout the world as the Queen of Crime. Her books have sold over a billion copies in English with another billion in 100 foreign languages. She is the most widely published author of all time and in any language, outsold only by the Bible and Shakespeare. She is the author of 80 crime novels and short story collections, 19 plays, and six novels written under the name of Mary Westmacott.

Friday and Saturday nights at 8pm Sunday afternoons at 4.30pm 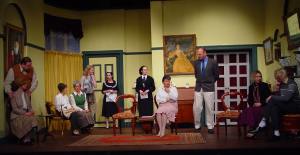